Is Money the root of all evil or not?

How is money not the root of all evil? Only late in life did I realize that my opinion about money needed a fresh look and a new perspective if I were to change the ingrained life of scarcity mentality, I suggest you look into yours too. If my relationship with it did change; So can yours!

I wondered if the uproar of thoughts on money weren’t somewhat more of an internal conflict of my own than anything else. and maybe you could ask yourself the same question…

‘I was stagnated in the idea that to deserve financial abundance one had to work a lot and really very hard!” You do too?

While not totally wrong… moderation is prescribed! Well… wasn’t necessarily like that for me, certainly not at the time. Receiving, earning easy money was an unethical thing to do! We’re told ‘easy come, easy go’. This is how I resonated with it, and for sure money did not come easy to me, if I was attracting anything, it was billed for their education and all the same thing that any mother of 3 on her own would have to spend… money on, just as I was attracting hard and never stopping work, no such a thing as too hard work? I was yet to figure out my limits.

For decades, finances continued being on ups and downs, BUT I did not work any less, very much the opposite, regardless of how hard it became the harder I worked – to the point of exhaustion. After years of it, work, school, marriage (16 years) 3 children, divorce to becoming a single mum and only provider (and on and on…) something had to give, and sure did, physical burnout (chronic illness), mentally exhausted, racked emotionally – in one word? I drove myself to Depletion, (self-inflicted).

Although financially comfortable, getting by, enough for bills … I still relied on my mum’s help to get by, I was still not at all abundant! My struggle for the lack of it was real. Most definitely it was not for lack of commitment, perseverance, resilience… nor for lack of discipline nor hard work!! What then? research, courses, books, masterclasses you name it the truth is:

My limiting belief WAS the root of my lack of mentality! 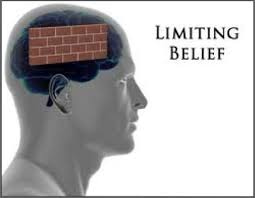 Was I holding limiting beliefs about money? I sure did. Why? I still cannot give a straightforward answer.  Spending money was stressful, came with fear, and terrified me it was linked to a feeling of guilt if not spent very wisely, or on just the ‘essential needs.

Here’s the thing: I grew up in poverty, just like many, and for various reasons, mine happens to be a civil war. We had the bare minimum of everything, food was a luxury and by food was a luxury, I mean any food!

I gratefully learned from an early age that we don’t need to have much, nor money in order to help others. As kids, we often saw the military trucks with dead, dying, or very badly hurt people, children, women, men, young or old – thrown in and piled like rubbish passing by towards the main hospital, as we lived nearby. On weekends, my mum would take us to the children’s ward, either to play and cheer them up or take goodies to help, anything she could get her hands on. While this taught me the joys of giving, sharing, and caring it also embedded the fear of scarcity for a lifetime.

I began working pretty young before I was even 15. Fast-forward, from being a secretary and an employee…to entrepreneurship, owning medium to small successful businesses and employers. I sure gained an immense fortune of life experience, invaluable lessons, do’s and don’ts. Hardship makes you stronger – I was a warrior so I was told, nevertheless, pain, grief, disappointments, and failures have been the best teachers albeit all that, I took no credit, I could not see the value in it, my focus was on what I did not have instead of on what I did have. Does a working mother alone ever have enough for her children? I do what I’ve got to do

I never stopped ‘Giving’ as it came naturally but receiving was as challenging as ever even though I no longer translate it to being or not a matter of deserving.

Why is then Money not the root of all evil? How about this…

Receiving anything is a Grace but Giving is Divine.  It is rather the lack of kindness and generosity, selfishness and greed that in turn evil is born, not money. It is rather human ignorance, mental stagnation, and low emotional intelligence, that create evil, not money. Human beings do evil things, not money. 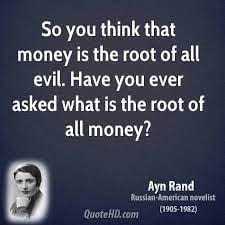 Stagnated water for example gets murky, rotten, and eventually stinks.  So do we “figuratively” in the sense that limiting beliefs stagnate, corrupt, and result in the discord that humans experience amongst themselves? Followed by the need for power and control, on both personal and collective levels, money is after all just a currency of exchange. It is ‘us’ that misuse it due to our own greed instead of exchange as intended. Money does not have a mind of its own.

This is the simplest way, I can convey the idea that what we think, believe, project, and manifest, attract. I can say that manifesting something into your life, such as money, friendships, relationships, love, etc is as simple or complicated as you make it to be.

What we believe, we become. In order to believe we look for confirmations. When we go on looking for confirmation for anything at all, we find it! If we look for confirmation that we are ugly, fat stupid, or that we are beautiful, skinny, or intelligent trust me we find it all the time… just like when we focus on what we don’t have, instead of what we do have… as I did to some extent, projecting scarcity which brought more of it…We either create our misery or success. It depends on what we care to believe.

“The Secret sold more than 30 million copies—and it’s something that thought leaders, including Deepak Chopra, Eckhart Tolle, Gabrielle Bernstein, Iyanla Vanzant, and Oprah have spoken about. (For the record, they all agree that you really can manifest things.)”by Kimberly Zapata

and then the reason… why is Money not the root of all evil? need little to no further explanation…

It is all a matter of our conditioning through life that sediments and sets up all the preconceived ideas that we have. These are personal and individual overall perceptions, in other words, it is “how we each view, perceive or have been conditioned to” in short, the “limiting belief system we sustain”.

Cultivating and nurturing an idea and creating a good relationship, sets success in motion – conceiving visualizing, fertilizing, and projecting create manifestation – That is essentially the shift that I am talking about.

The act of giving for no reason at all beyond any whatsoever expectation is the whole point here folks. Generosity, gratitude, and appreciation are powerful forms of communication; the kind that transcends the intellect and feeds the soul – connection with our core essence – it is unconditional love that we need more of in the world.

As far as the receiving is concerned it is true for me that: 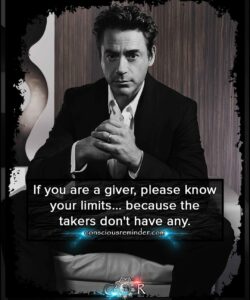 Everything we learn through our experience makes us wiser more discerning, and limitlessly more abundant.

Top 15 things Money can not buy

So what do you think? Is Money the root of all evil? YES? NO?