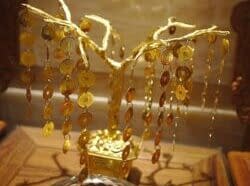 My picture of money

If I could change My picture of money, and my relationship with it, so can you.

The Money world up until recently has been somewhat more of an internal conflict for me.

It has always been an awkward feeling, I was stagnated in the idea that to deserve money one has to work a lot and really very hard. When not the case then, getting money was an unethical sort of thing!? Like the ‘Easy come, easy go’ kind of thing. Don’t we hear this a lot? Sure, this is what I resonated with,  it did not come easy to me.

For 4 decades and many reasons, finances have always been a struggle. Regardless of how hard I worked, literally to the point of exhaustion. After so many years of it, something had to give,  ended up with a chronic illness. Mental exhaustion for one racked emotionally second and physically ill consequently – in one word – Depleted!

My limiting belief and My picture of money

Ask me ‘why’ we hold onto limiting beliefs about money and I personally can not give you a straight answer.  Money has always been somewhat connected to guilt for me, had to be spent very wisely, certainly not on the ‘wants’ only on the  ‘essential needs’.

Fast forward I’ve been an entrepreneur,  owned medium to small successful businesses along the way, and failures too off course.

Over time I figured therefore that my struggle, after all,  was with “Receiving”! My life experience has actually taught me that we don’t need to be rich money-wise, in order to help others. The act of giving without expectations other than perhaps, ‘being appreciated’ need no words. The act of exchange something for appreciation is not an expectation if you think of it. But more a form of communication beyond words. It is a feeling hard to describe, but it feeds the soul – connects us to our core essence.

My quest is to learn to receive or the least find the balance between:

‘Giving’ as I believe everyone no matter the circumstance, has something to give – always and

‘Receiving’ as I believe now that, it no longer translates as being or not deserving matter.

Receiving anything is a Grace

even though Giving is Divine

(My picture of money )

In short, I’ve come to believe that it is about flow, motion…  rivers flows…  stagnated water is murky, rotten, or perhaps smelly.  So do we “figuratively” that is, in the sense that physical, mental, and emotional stagnation is always devastating to some degree.

Money is no different, it is a currency of exchange keeping it flowing is not unethical in any way, in my opinion now, for as long as it is ethically given & received (as help or earned) – the exchange value must flow between all parties.

I believe that in an exchange of any sort when the offer is sincere, of pure intent, and from the heart, it’s then solid. As solid as when ‘a hand shake’ sealed a deal, days when loyalty, honor did strive for intact integrity for example.

This is the simplest way I could humbly convey the idea of attraction/manifestation, and all I can say is that manifesting something into your lives, such as money, friendships, relationships, love, etc is as simple or complicated as we make it to be.

Kimberly Zapata mentioned “The Secret sold more than 30 million copies—and it’s something that thought leaders, including Deepak Chopra, Eckhart Tolle, Gabrielle Bernstein, Iyanla Vanzant, and Oprah have spoken about. (For the record, they all agree that you really can manifest things.)”

(My picture of money)

It is all a matter of our conditioning through life that sediments and sets up all the preconceived ideas that we have. These are personal and individual overall pictures, in other words, it is “how we each view it”  in short, the “limiting belief system we sustain”.

Cultivating and Nurturing an idea and creating a good relationship, sets everything in motion- the beginning of the whole process if I may say, and so you conceive, fertilize, visualize, then we project and manifest – That is essentially the shift I am talking about, the universe does take care of the rest.

So I came to the conclusion that perhaps the opposite is also true and it is not harder, that we should work, but rather ” “Smarter”. As far as the receiving is concerned it is true for me that ” When we are open to receive, we have more to give”!

6 Steps to Train Your Brain

How can I help?

How can I help?