Let them Go to be free, Part I is a reminder that at times some people don’t deserve to be in your heart or in your life at all. The example being used is about a relationship between a narcissistic father and a daughter.

This applies to any other situation of a kind, relationship, or interaction for this matter.

WHEN disconnecting and distancing is really all we can do.

Let them go to be free, you’re worthy

A 19-year-old girl writes a letter to her narcissist dad describing her 10-year journey better than I could ever convey it.

The letter below is just one in a million examples of what letting go in this context feels like. I hope it makes a difference for her and all those that come to read it.

I’ve been wanting to speak to you, and I’ve been putting it off because it never felt like the right time. However, I’ve realized that the time will never feel right. It’s a sensitive and somewhat uncomfortable conversation. I’m not responsible for how you interpret this, but I want you to know that I don’t want to fight or argue….I’ve been feeling very heavy-hearted when it comes to this. If I sound confrontational… By all means, I’m not trying to attack… blame anyone so be open-minded while reading this, and try to see things from my side, just this once…

I know being sensitive isn’t your forte but I feel like I’ve always been on the short end of the stick. Always feeling sad, always hurting but it feels unfair to continue letting myself feel this way without trying to talk to you

I don’t know … but every time I think of my dad, I think of someone unapproachable.

I’m not sure about you but I don’t think feeling that way is a good thing. I can’t explain it but it has been like this since the divorce. I have always felt that with my dad, he didn’t care.

He didn’t care enough to provide continuity. It wasn’t his job as a father. It was up to him when and how much he contributed.

Nothing was unconditional… a fact I could never avoid.

I got through my teenage years just accepting it, I never gave it much thought. I made sure I kept myself as busy as possible to ensure I never had the time to give it any thought.

My job during school was to get good grades and excel where and when I could. The financial stuff was between mom and dad and had nothing to do with us kids. On the contrary, it had and still has everything to do with us. It was no secret that mom paid for the food we ate, the house we lived in, the clothes we wore, the school we went to, and not once did we ever go without anything we needed. And she would do it without us even asking her to. Unconditional.

But dad… with you it was different…

With you, we always had to ask. And more often than not I would ask with my tail between my legs, I felt as if I was always asking and expecting way too much from you. It’s always been much more than paying for my school tournaments, or flights to you and back, or paying for the medical aid. Don’t get me wrong. I am beyond grateful that you did allow me to play and be part of the team, but it isn’t about the money.

All I have ever felt is that it’s only about the money for you, and the exact figure to a cent with you. Nothing felt unconditional.

…saddest part of it all is that I can’t say I’ve ever felt love from you. And as much as it might hurt or be a slap in the face to hear this, it’s the hard truth and I’ve let these feelings bottle up for ten years now.

I have been feeling this hurt for literally almost 10 years to the dot.

There’s no rulebook to marriage or parenthood. And I ask this in the nicest way possible, would you be happy if your “little girl”, your blood, someone who you hopefully do care for, were to marry someone like you and go through a divorce as messy as yours and moms were?

It hurts Dad, it really, really breaks me because I pray I never get treated the way mom did, and I pray that I don’t marry someone who will leave me to support my children and make my kids feel the hurt I have felt every day of my life for 10 long years.

The thought of committing to something as big as children terrifies me. Because no child should ever have to feel the way I did growing. And how will I ever know? How will I ever know what the man I marry one day will be capable of

In December I visited because I thought I should go visit my family, I wanted to believe that you’ve changed. And as much as you have in some ways, there’s no avoiding the fact that you’ve never prioritized your kids as much as I’ve seen other fathers doing. It’s way too late to change my childhood. It’s gone forever. But it’s time for me to deal with my childhood trauma. And this is the only way I can think of. Making myself extremely vulnerable and approaching you.

Vulnerability – the quality or state of being exposed to the possibility of being attacked or harmed, either physically or emotionally. That’s exactly what I’m doing. I’m laying all my cards on the table. I’m tired of pretending that your actions haven’t hurt me. I’m tired of acting tough.

It’s not uncommon for kids to have issues with parents, especially nowadays. I have many friends who have similar problems. But when they admit that my situation is a lot worse. I can’t even begin to describe the pain I feel.

For the longest time, I was angry. I was so mad that I didn’t have a father who provided unconditionally. But anger wasn’t going to solve anything, being mad at you wasn’t going to change your ways. I’ve accepted that nothing will ever be able to change.

It’s too late to fix how I feel, it’s been engraved. But it might not be too late for my sibling. I think it’s often easy to not think of how our actions affect those around us. But when you’re constantly shouting or constantly angry, do you think any of us feel we can approach you? There is no doubt that he needs a fatherly figure in his life, and yet he has been the one that has visited you the most. Half of the time I’ve questioned, why in the world would anyone keep going back to a place where they get beaten down for not knowing certain things or for doing things wrong? the only explanation I can come up with is that he needs his dad.  He’s no longer a child, he is a young man who needs his dad to guide him. Only four more years and he will no longer be a teenager and money will no longer be able to buy his calls or to buy his love.

Sincerely your daughter who hopes to one day, to have a better relationship”.

Don’t forget it’s always about them!

The narcissist father-child relationship is painful, devastating, many can relate to Emotional as well as Verbal abuse.

Let them Go to be free

That is just who they are, it won’t change… 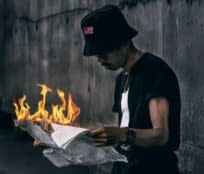 ” IT IS NOT YOUR FAULT period, none of it is!

Get it now, Not your fault?

This is about releasing the emotional abuse you have been through. Whatever the experience is for you, all that matters is that you are a divine being, a rough diamond needing some polishing & healing, but a diamond nonetheless.

Click ⇒ Part II For more on the Let it go Series

Back to Main Menu

Me, me, me! How narcissism changes throughout life